“Power does not lie in the direction of a retreat from an impregnable position.” 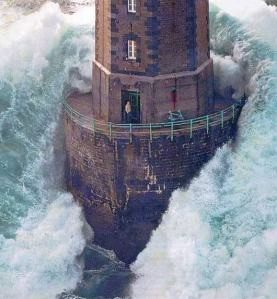 “In favor of the cause [of Psalmody] we find the witnesses well located.  All the lighthouses are not placed in the same corner of the sea; neither are all the street lights found in the same part of the city. Missionaries are not all sent to the same corner of the globe, but, like the lights, they are distributed among needy fields.  God has distributed Psalm-singers over the world in such a way that they are well located to be light-bearers and witnesses and missionaries among men.

In favor of the cause we find a safe, strong position.  Power does not lie in the direction of a retreat from an impregnable position. These Psalm-singing Churches now have an influence for good in the world out of all proportion to their numbers, and if they should desert their position on Psalmody there is reason to believe that the old sad story of Samson’s strength and weakness would be repeated. Our position on Psalmody is the first line of defense, and a strong line of defense, for the fundamentals of our religion. If we should desert this first position under the assaults that are made upon it, we would find that the roar of battle would be heard about some other position in a short time, and it might be that the point of the next attack would be the inspiration of the Bible, or the Atonement, or the divinity of Christ.” The Status and Outlook of the Cause of Psalmody by SE Martin, from The Psalms in Worship, ed. by John McNaugher, p 540-541.