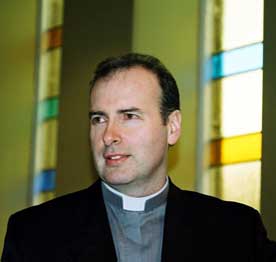 The following is from the Reformed Presbyterian Church of Scotland website.

“The RPCS has received an application from Rev. Kenneth Stewart (formerly minister of Dowanvale Free Church of Scotland) to be received as a minister in the RPCS.” found here

And later as of April 16th:

“Rev. Kenneth Stewart, upon his assent to the ordination vows of the RPCS, became a minister in the Reformed Presbyterian Church of Scotland on Saturday the 16th April.”

Thanks to Connor Quigley for bringing this to our attention.

Some previous posts on this topic here and here